Periods- Should we Celebrate or Censor? - 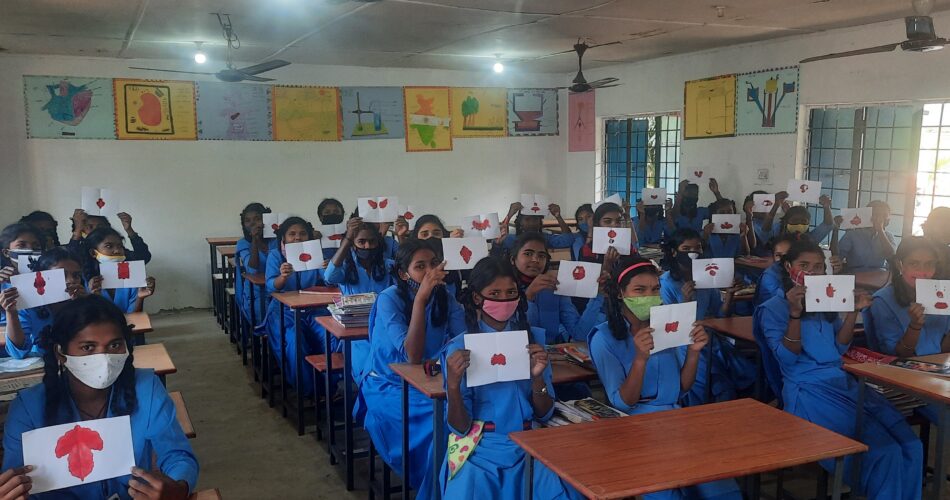 I’m from the southern part of India. In Tamil Nadu, most of the community practices different rituals that have to be carried out when a girl attends her menarche. It is celebrated with a huge function inviting many people who are thick and thin named as Puberty function. I was offered so many gifts, foods, and ornaments. Had no idea why it was happening. When I asked my mother, she told me that “We are letting people know that our daughter is ready for marriage, so that people can initiate the proposal to marry her”. Some of the main rituals were: applying Haldi and blessing the girl, “Puttu sutti poduvathu” which is done to eliminate the negative aura that the girl has gained during the function. It felt very good to be the center of attraction but I didn’t know the consequences that I will have to face all over my life due to my menarche.

I just described the celebration which happened during my menarche. As the proverb says “Everything has two sides ‘. The other side of my menarche was censored! I got my menarche at the age of 13. My family is well-educated, but education doesn’t stop them from practicing their rituals. Because the society where they grew up did give them the space to ask “Why?”. Even though I was not taught to ask WHY I was taught to listen to parents, don’t speak against them, and follow tradition and rituals. I’m 24 now, still hesitate to enter the temple during this period. In this instance, I attained my menarche and there was no information given to me. I was just given a pad and made to sit in the corner of my drawing room with a coconut leaf roof separating the space where I was kept. I was in the corner for 13 days all alone. I wasn’t allowed to talk to boys or see them, and I could not touch food. I used to visit the washroom which is outside my home when no one sees me. I did hold a bunch of neem leaves in my hand when I moved out because it was believed that negative energy and spirits would catch me. I was given separate utensils and a separate bed sheet. I thought it was all for my good.

During my menarche, I happened to miss school for a month. But always a question I had in my mind was “Is period a matter to be celebrated or to be censored? I was curious about it and the rituals. And once I entered the prayer room at my home without realizing I was on my period and realized nothing happened and watered my plant, observed it didn’t die, cooked food at my house, and found it did spoil. Then I was shocked that why did my mother lied to me for so many years about it. Then one day I asked her the question Why?

Her answer was, “My mother told me so, so I am passing on it to you, I was not given the freedom to ask questions as you do”.
Then I kept asking her until I got a reasonable answer. Finally, she said that “People would have said those things so that women can take a break from their daily routine and take rest”. This answer she gave me was one thing that had a meaning. She also added that “There were no menstrual management materials like pads and cups, so women may feel discomfort using clothes. If blood is spotted on clothing and bedsheets, it would be embarrassing if someone sees, that is why they were kept in isolation”.

But one thing that I didn’t understand was she said that “periods is theetu” (which has multiple meanings in Tamil such as Untouchable, Unholy, and impure).

Superstitions and taboos are followed all over India. Menstruation is always linked to impurity, Untouchability, and unholiness. Menstrual exile is practiced both in rural and urban irrespective of caste, community, and religion. But The impact that it has on people is different.

For instance, in a place like Sukma which is a Naxalite-affected area of the baster. There are indigenous tribal communities that speak different languages and practice different rituals and traditions. Some of the tribal communities are Marha and Gond. Where both communities practice different traditions and rituals. Where the Gond community celebrates the menarche as it was celebrated in Tamilnadu. They do invite the village members and celebrate it by providing gifts and offerings to the girl. They also practice menstrual exile by Hiding the girl in the jungle during her first periods. In the Mahra community, they do not celebrate menarche but do practice menstrual exile. An Anganwadi worker stated that “We do not celebrate it others do, it is not a thing to be celebrated.”

Menarche is always seen as a hindrance to achieving their goals and aspirations for many Young adolescent girls and women. Many girls have dropped out of school after menarche or married at an early age or are absent from school during the period, which impacts their education and the future aspects of life. Menstrual exile leads to emotional imbalance and decreases self-confidence. Mainly when talking about the status of Menstrual hygiene management in tribal areas, it lacks assistance and support. Due to a lack of facilities, lack of access to knowledge, and lack of opportunities, many of communities are left behind. Menstrual hygiene management would help in reducing social development issues like gender inequality, Women empowerment, quality education, and Sexual and reproductive health.

It is still a question of whether menarche is to be celebrated or to be censored. Practicing tradition is an individual right, but everyone should have the access to knowledge.