Bastar Dussehra: A Celebration that is the Longest in the World - 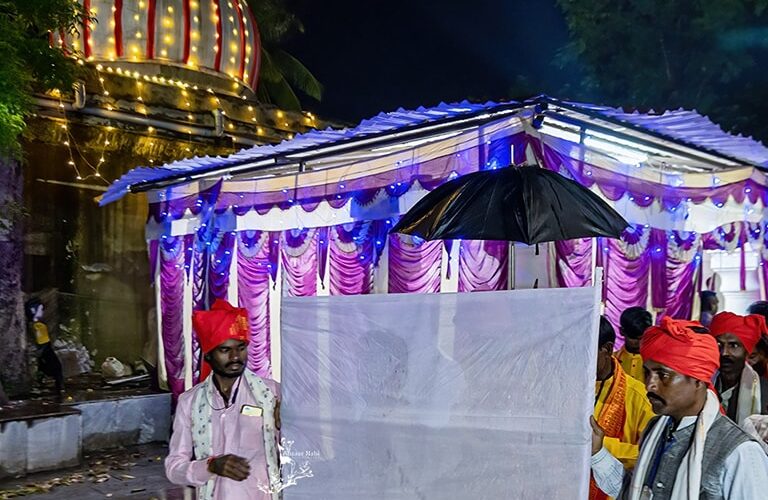 It is the time of the season when the world’s longest celebrated tradition has commenced. Bastar Dussehra, a 500-year-old tradition is celebrated for 75 days in Jagdalpur, starting with the dark moon day in the month of Shravan and ending with the thirteenth day of the bright moon in the month of Ashwin. Providing visitors with a stunning visual cultural experience, one can witness the intrigue of Bastar’s tribal culture. Historically, the significance of Dussehra is when Ram defeated Ravan and journeyed back to Ayodhya to be crowned the king he was meant to be, but Bastar Dussehra has nothing to do with it.

So what is the cultural significance of this unique festival?

The festival celebrates Danteshwari Mai, its tutelary deity and her reunion with ‘elder sister’ Maoli Devi and her other sisters. The festival is celebrated with symbolic rituals, each holding a meaning, amalgamating local tribal beliefs. It is said that the Kaktiya ruler King Purushottam Deo in the 15th century AD went to the holy shrines of Jagannath Puri temple. During his return, he returned as ‘Rath-pati’ with divine permission to mount on Chariot. Since that day this festival is celebrated every year with great zest and enthusiasm. The tribes of Bastar worship nature as forests serve as an abundance of resources. But Danteshwai Mai is the reigning diety.

The ritual of Kaachangadi celebrates the local deity, Kachan Devi, of Jagtuguda. The festival commences with the goddess granting permission to the royal king of Bastar, Kamal Chandra Bhanjdeo for the celebration of Bastar Dussehra. A young girl from the weaver community (mirgin) is carried on a swing. The spirit of the Danteshwari goddess is believed to enter her and protects her from all harm.

A Halba tribal youth fasts for nine days and enters a pit as part of the next ritual- the Jogi Bithai. This ensures that the celebration of the festival faces no hiccups. The Pushp-Rath Parikrama brings out the grand eight-wheeled chariot and begins on Ashwin Shukla Paksha Dwitiya to Saptami Tithi. It involves a series of processions that is celebrated with grandeur. Maoli Parghav marks the arrival of Maoli Devi from Dantewada to Jagdalpur with the royal family in tow.

The ritual of Magarmoh – The eight-wheeled giant chariot is set up with the main axle frame. Its grandeur can be witnessed on the occasion of Bheetar Raini and Bahar Raini. On the thirteenth day of the bright moon in the month of Ashwin, a ceremonial farewell takes place for the deities from different parts of Bastar who have attended the festivities and marks Ohadi. The young girl is considered a conduit and blesses the visitors.

Bastar Dussehra is not just a glimpse into the life of the tribals in the Bastar region, it is a celebration of their life in all its glory. Our team at Shiksharth is lucky enough to visit this spectacle, being on the field. The festival also attracts many curious visitors around the world and it is in these 75 days that the bridge between the life of the tribals and the world outside merges to form a beautiful amalgamation where all enjoy the revelry.