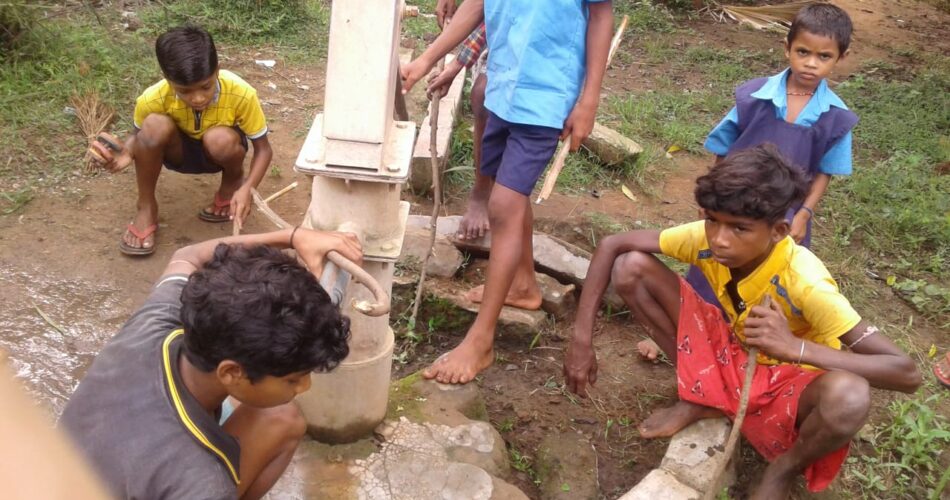 The land of festivals has innumerable stories that have been sung for ages. The richness in the culture and the diversity in the celebration will leave anyone amused. This is the great land where Giving has also been part and parcel of the very existence. The word “Daan” can only be loosely translated as giving but the essence of “Daan” is much more than what we perceive. We grew up hearing stories of Karna who let lose his “Kavach Kundal” when asked as “Daan” even by putting his life at stake. Hence we have the essence of giving immersed in our blood. We also have a festival of giving called the “Daan Utsav” where the joy of giving is celebrated with festivity and colors.

DaanUtsav (earlier called the Joy of Giving Week) is India’s ‘festival of giving’. Launched in 2009, the festival is celebrated every year – commencing on Gandhi Jayanti – from October 2-8. From auto rickshaw drivers to CEOs, school children to celebrities, homemakers to opinion leaders, and media personnel, millions of people from all walks of life come together during this week to give their time, money, resources, or skills back to society. They do this by creating or participating in events of their choice

The specialty of giving is that there is no limitation of time and space you can give from any corner in the world. You can invest your time, skill, knowledge, money, or anything. It might be from helping a blind man to walk across the road to gifting notebooks to underprivileged children. Your gift is your presence of mind and the pleasure of giving back to society.

We at Shiksharth here in Sukma, Chhattisgarh have also been actively taking part in the festival of giving for years. Your gift is to your community where you serve or the larger society that you are part of. Our community is the people of Sukma and the children in Sukma and we celebrated DaanUtsav with different programs this year. Amid this global crisis, it is much more needed than before to cultivate this essence of “daan” within our children. So that their true “Prakriti” can be nourished. So that their innocence, their non-calculative nature, their playfulness can be preserved.

Hence children were the primary medium through which the DaanUtsav was celebrated. This time we didn’t limit it to the children in Sukma and opened it to all the children and parents out there. Through the website we created in collaboration with Swatantra Taleem, Lucknow we shared the ideas and resources to all the people out there and could be celebrated with the help of social media platforms and using the #DaanUtsav.

The website 7days7giving has simple acts of giving for children in the times of Covid- 19 and have been prepared in 7 languages namely Hindi, English, Tamil, Telugu, Kannada, Malayalam, and Marathi. We have then customized the ways in which giving can be done throughout the week. The broad categories are:

In Sukma our giving celebration happened with both team members and the children as givers. We began our celebration on Gandhi Jayanti who else can be the symbol of giving other than the Mahatma itself; He showed the value of giving with his own life. Where the children participated in cleaning Drive, the children cleaned their surroundings, they moved the plastics, they plucked the weeds, they cleared the paths, the giving starts with our acknowledgment to our mother nature. Other activities conducted were our volunteers and team members showed the children how to make bottle pots using plastic and filling in it with soil and planting in it. The facilitations were given on how to make multipurpose paper bags and medicine pouches. The children thoroughly enjoyed the process. The issue of plastic and its degradability has also been said to the kids that next time when they think of throwing the plastic they will be aware of it. Even the parents and community supported the small acts which children were showing them.

In day two and three there was a lot of activities done like making bottle pot and then gifting it to people, making plastic parachutes, making paper bags, making a mask using handkerchiefs lampshades and so on. One interesting thing that has been observed throughout the activity was that children were eager to make it right then and there and not make just one but the idea of gifting was also already instilled in their mind so when our volunteers were asking the children were responding that, I want to give this to my brother, I want to make one for my mother, one for my friend and so on. Hence this very simple idea of giving through whatever they have has is a quality that has to be nourished given the fact that these children here in Sukma are not exposed to the idea of making and gifting to others.

Day four and five more children joined the process and there were more active participation and a lot of activities were done like making leaf figures, writing thank you a letter, helping the elders, painting walls, telling stories to younger ones, and so on. They washed bikes and tractors; they helped the elder to carry water, helped in the fields, helped in transporting cow dung, and so on. Many of the activities they do are part of their lifestyle but the inherent idea of investing their time into it and treating others as their own and helping them in the process was more motivating to the children. The improvisation the children do is also something that needs to be noted. For example, in bottle pot, we only taught to make two layers but the children have created 3 and 4 layers and even made the pots look beautiful with designs and the creativity of a child when he was asked to make leaf figures he created a miniature airplane figure out of the same. All these simple acts of giving make Daan Utsav something we should make a part and parcel of our life if the children can do it so do we.

The final day and the day before that also went so well the children created homemade sanitizers using Tulsi and Neem. They made read aloud to small children and even for elders in their community. They gifted storybooks for them. One such incident was when the read-aloud session was being done one aunty who was so interested in seeing the book but doesn’t know to read and then the children narrated the whole story to the aunty was something good to watch. Giving is innate it’s with everybody out there in the world it just needs a push factor to make it a habit and contribute to society.

Apart from this one other program which we initiated during the Daan Utsav was Photo Gift to the community. The context of the Sukma is such that they don’t have the luxury in taking a photograph and framing it and keeping in the house where all the members of the house are present in it. The task was simple to click a photograph of the community and then we gift it to them as a sense of our giving during Daan Utsav. Our team members and volunteers used to go early morning since it’s the only time when we can find all the members of a family, After say 8 o clock they will be out there in the field or be engaged in the day to day activities. This has been something Shiksharth was doing every year since Daan Utsav was celebrated in Sukma.

Apart from that this year we initiated another program called giving lab which is an experiment of compassion and empathy among children (especially ones who are growing up amidst violence and conflict). Each child gets 50/- to spend on anything but not on self. The money has been distributed through our team members and volunteer network.

Over a week more than 1000+ children in Sukma took part in the celebrating Daan Utsav the festival of giving and the Children really enjoyed the whole week of giving and learning through giving, The investment of time, skill, developing a sense of love and care towards our community and nature has been the biggest joy to watch in these days.

The act of giving has opened up another chapter in the conflict-ridden minds of the children in Sukma. Geography and politics have much to in the upbringing of the children in Sukma. We could really see how happy they were when they were creating small happiness of their own by the act of giving. One particular instance where we were having a discussion with one of a child in Pakela, we asked him to whom he wants to make the bottle pot and give as a gift? His innocent answer was,I want to give this to my brother because he always buys me chocolate and this time I can give him back something which I have made.

“These innocent answers have also made us more aware of the changing mindset of the children who are new to these process just because of the internal conflict Sukma has. These small acts of giving like DaanUtsav will help in developing empathy and compassion towards other people which in future will make them bring peace to the region because we truly believe that todays children are the ones who are going to bring peace to the conflict ridden landscape of Sukma. These small acts of kindness will aid them developing the sense of compassion and empathy which in turn will guide them in becoming peace ambassadors of the region in near future.”

The history of violence in Sukma is a problem embedded in the roots. Many interventions have taken place to eradicate the problem but have not been effective in putting an end to the issue. The problem of Sukma can have a permanent solution if the current generation gets the education they need and develop a sense of empathy and compassion throughout their learning process and will help in bringing change and peace to the age-old conflict issue in Sukma. We at shiksharth are striving to develop a sense of empathy and compassion through various educational interventions which in turn will show the right path of peace and nonviolence to the children and in effect will drive them in establishing long-lasting peace in the woods.

By : Shiksharth Trust Comments off