Discussing constellation in the Classroom - Shiksharth 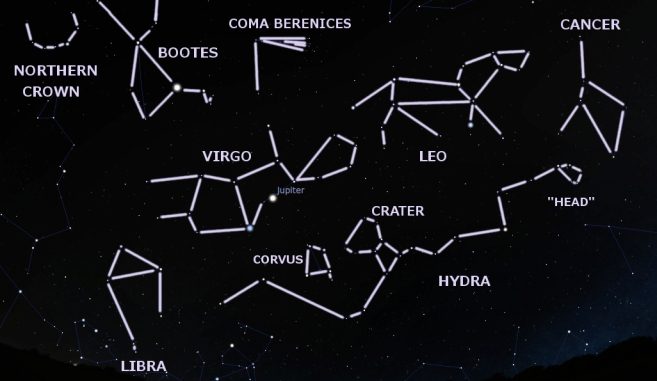 Have you ever looked up in the sky and wonder what was there, higher than the birds, past the clouds, farther than the moon and sun, a small bright object shining outer space. Yes right, we are talking about stars (a luminous ball of gas, mostly hydrogen and helium, held together by its gravity.

During discussions in the classroom about stars, constellation and light-year (a unit of distance used to measure the distance between earth and star). What I experience is that it’s not an easy task to make a student understand light-year who doesn’t have the basic idea about measurement. Fortunately, I succeeded to make some of them understand ‘what a light-year is’.

Along with this, I was planning to research stars and constellation in their context to know what they meant by star, sun, and earth. Do they also have mythological knowledge like people in our country are having about planets, sun, and star?

To know more about this I visited a tribal village ‘Neelavaram’ in Sukma district of Chhattisgarh with my colleague and workshop facilitation partner ‘Bheema Madkami’. The people in the IMG 3, from the, left the first person sitting is me (Gautam Jha), the second one is Bheema’s father, the third one is Bheema and the fourth one is one of the Bheema’s friend and last one a woman standing behind is Bheema’s mother.

We talk to his father and ask many questions like what do they and their community understand by nature, our planet earth, sun and moon. How day and night takes place and how the size of the moon decreases and increases, what belief their community is having on this?

As Bheema’s family belongs to the Gond community they’re having their dialect, beliefs, God-goddess and rules. There are 4-5 different communities live in this region and every community has their dialect. The dialect for the Gond community is Gondi (गोंडी) and the word Gondi was given by outsiders, like Hindi speaking people say angreji(अंग्रेजी) for the English language. They did it for their easiness, the community belongs to the Gond community so they are speaking Gondi. But in their dialect, the word for Gondi is Koya (कोया). Bheema’s father doesn’t know Hindi language, so Bhima and his friend were helping me in this conversation to translate my words in their dialect. Now let’s talk about what I got to know during this conversation and from Bheema’s contextual knowledge that he had shared with me.

Here in Sukma, all the different tribes have their god and goddess but they also consider nature to be a god. Their most of the festivals are nature-based. They don’t have any mythological beliefs for Sun, Moon and Earth-like what Hindus believe. They only believe that these are the creation of god. According to their traditional knowledge and belief, they don’t have any idea how day and night takes place, and how the size of the moon increases and then decreases, for this there is assumption like god is responsible for this. There is one information which I got to know is, they use a specific word in the process of the increasing size of the Moon and the word is ‘letta’(लेत्ता), they also use this word in the process of the increasing size of the leaves. The shocking information for me which I got from them was the months’ name and the principles on which the name of the month changes. They also calculate months like we calculate in Hindi and English. Their months’ name is very similar to the name of months in Hindi like Chaitra (चैत्र) in Gondi is Chait (चैत) i.e. from mid-March to mid-April, Baisakh (बैसाख) is Gudgaad Baisakhi (गुड़गाड़ बैसाखी) from mid-April to mid-May and so on. In Gondi And the principle on which the months’ name changes is similar to our belief that is a complete cycle from New Moon to Full Moon to New Moon. After each cycle, a new month comes after each old month.  Now let’s talk about stars and constellations for which the conversations are made. Now many of the tribal people use mobile phones and watches but their ancestors didn’t like ours. So they use the position of the sun in day and group of stars in the night to locate and make a fair idea of time.

As we know our ancestors and in many countries also people named constellations in their language-based own mythological knowledge they were having. Here also the ancestors of tribes did it according to the different shape of constellations. For now, there are 88 modern constellations according to IAU (International Astronomical Union) and here I got to know about four in their dialect. 1. Nangeli (नांगेली), 2.Kotli (कोटली), 3.Katul (कटुल), 4.Bode Gadbam (बोडे गड़बम). Nangeli is Ursa-Major (वृहत-सप्तर्षि) like the shape of the plough, Kotli is like the shape of a wild rat, Katul is like Cot and Bode Gadbam like the shape of pigeon twin egg.There is more information which I didn’t found yet like I only succeeded to know about  Nangeli, rest three constellations are yet to know. And many questions are arising after reading this. 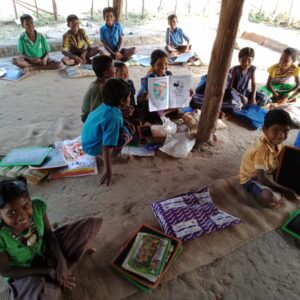